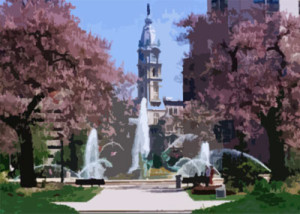 In addition during this meeting we met with Elias A. Iliadis, MD, President of the Hellenic Medical Society of Philadelphia as well as Konstantinlas N. Tripodis, MD, psychiatrist from CA and Nikitas Moustakas, ESQ as the HMSPHL had its annual meeting there.

Minutes of the 12th HAPA Annual Meeting in Hawaii were distributed, reviewed and approved as written.

She noted that as HAPA President her primary focus remains membership and recruitment as well as HAPA’s IRS status. HAPA must wait for a full year before a new tax ID can be assigned. Dr Papas proposed that HAPA use the Massachusetts Tax ID. However, there was agreement that such an action be rejected as it would most likely only confuse the process at this point. HAPA’s attorney believes HAPA should get its Tax ID by the Spring 2013.

After HAPA’s non-profit status is established, Katina and Maria will send a letter to community and academic leaders soliciting membership and financial support.

Recruitment efforts could include contacting as number of Greek American organizations such as: the Hellenic Medical Association of New York, the Greek-American Behavioral Sciences Institute (GABSI), AHEPA, the Hellenic College in Boston (we have the Dean’s contact information), and even local Greek Orthodox churches. As membership recruitment only works if there is recognizable VALUE that potential members can appreciate an old suggestion was again made for HAPA to consider offering talks at these venues and others where HAPA and its mission can be introduced. Arthur and Phil plan a Boston lunch for Greek/Greek-American colleagues to discuss local recruitment efforts.

The potential HAPA membership of Thomas Mallios, Manhattan, psychologist, past president of GABSI was discussed at length. The HAPA By-Laws specifically include mental health professionals as Affiliate HAPA members. There was extensive discussion in support of full membership for psychologists but no action on revising the By-Laws was taken. There was a strong objection to any psychologist having full or affiliate HAPA membership by Dr Fouras (by email) but the majority was in full support of affiliate HAPA membership for psychologists as they are credentialed mental health professionals with philhellenic values. Such membership is consistent with the needs of our organization and the interests of inclusivity. It was noted that for HAPA to maintain its APA Affiliate organizational status it must fulfill the APA requirement of having a majority of its members being APA members. An informal review of HAPA membership by the Executive Council was recommended, should this become an issue. The HAPA president will invite the Past President of GABSI to join HAPA and consider making a presentation at our annual meeting and invite GABSI members to join HAPA.

Motion was made by Dr Papas & unanimously approved to invite Dr Mallios to apply for HAPA Affiliate membership.

Dr. Candilis noted that given the difficult situation of HAPA (waiting for the Tax ID) he recommended that consideration be given to maintain the current HAPA officer-ships (ie re nominate all for another term) until full recruitment efforts to increase the HAPA membership can be made. Additionally, he proposed to share the HAPA Treasurer’s duties with Dr. Papas upon the resignation of Dr. Fouras’s at the end of 2012.This was approved unanimously and the transition of the HAPA banking to begin immediately. HAPA will maintain Wells Fargo as its bank and all HAPA dues checks are to be mailed to the HAPA office address in CA where the checks will be deposited in the HAPA account. In addition, Dr. Candilis will contact Boston-area psychiatrists, AHEPA (where Dr. Candilis has been installed as a member), and the Dean of the Hellenic College (email from Katina) to explore their interest in HAPA.

Treasurer’s Report: Dr. Fouras was also unable to attend his report was presented. HAPA continues to run a deficit.

Dr. Christodoulou emailed the latest programs being offered in Greece. The World Federation for Mental Health and the Hellenic Psychiatric Association are organizing an International Congress in Athens from 6 to 9 March 2013 (www.psychcongress2013.gr): “Crises and Disasters: Psychosocial consequences”. The Psychiatric Association for Eastern Europe and the Balkans, which is division of the WPA also participated. The congress could provide an excellent opportunity to organize a HAPA meeting in Athens and link with the Greek psychiatric community. Under the present economic circumstances it is difficult for Greek colleagues to travel to the States and take part in the APA & HAPA meetings, so the only way to come together is to participate in a major event in Greece.

Dr. Vidalis also emailed his comments as follows: «In 2013 in Greece despite the unbearable economic conditions several significant psychiatric programs are scheduled . One of them will be held on February  21 to 23 in Thessaloniki entitled The Cube of Psychiatry.” Dr. Vidalis added: “I would like to enthusiastically support the invitation of Dr. George Christodoulou for HAPA to particpate in the upcoming World Federation for Mental Health Congress in Athens, as this promises to be an important scientific event not only for the Greek psychiatric community but also internationally. It is pity that HAPA to be absent».

Dr. Lymberis presented the nominations that were approved at the 2011 HAPA Annual meeting in Hawaii. The nominations were unanimously approved. The new officers & their terms are as follows: Councilor Arthur Papas term continues until 2013, Dr. Zervas’s term until 2015, and Dr. Vidalis who is re- election for a second term through 2016. Dr. Candilis will serve as President-elect.

Dr. Philip Candilis of UMass Medical School and the Massachusetts Physician’s Health Service spoke on his developing views of medical professionalism. He has written extensively on the ethics of the field and what it means to be a psychiatrist, crafting a view of professionalism that integrates personal, professional, and community values. This “robust” professionalism is exemplified in the work of state physician health programs that assess, monitor, and advocate for physicians having behavioral or health difficulties at work. Dr.Candilis described the history of physician health programs (PHPs) and some of the work at his own state’s PHP. With the increasing pressures on physicians to practice more quickly, cost-effectively, and efficiently such programs are seeing increasing referrals and a renewed interest in exploring the standards that define medical professionalism.

There was a lively discussion during & following this very stimulating presentation.

A group of members met for the Dutch treat dinner at the local restaurant at the conclusion of the meeting.