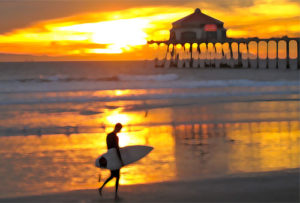 Minutes of the 17th HAPA Annual Meeting in Atlanta Georgia were distributed, but item was postponed for discussion at the 2018 meeting.

The 2017 HAPA Annual meeting was abbreviated due to the speakers having to make presentations at the Council on Psychiatry and Law and the fact that the entire HAPA membership was invited and attended a special presentation by the APA Seniors special CME screening of the SCPS Documentary film: Art of Storytelling. The invitation came from the APA Seniors as Dr. Lymberis is one of the SCPS psychiatrists who is featured on this educational film. As a result this meeting was limited to the scientific presentation of HAPA President Dr. Candilis. The rest of the 2017 Agenda was deferred for the next Annual meeting in NYC on May 8th 2018.

President’s Report:
Dr. Candilis called the meeting to order at 6 pm. He welcomed new and past members, and introduced his colleague Allen Dyer, MD, PhD, who leads the George Washington University Medical School Global Mental Health Program. Dr. Candilis’s presentation of the work they both did in Greece followed:

Dr. Candilis’ presentation in pictures and slides detailed the plight of the refugees in the Greek camps. He presented data on conditions in the camps and the high stress that refugees and aid-workers are facing. Dr. Candilis and his partners are participating as psychiatrists on the invitation of one of the many philanthropic organizations that is working in Greece in this refugee crisis as well as Doctors Without Borders. This was the second of their annual trips to consult and teach resilience to exhausted aid-workers in Athens and Lesbos. They provided what is essentially psychiatric emergency consultation and assistance to the volunteers. The presentation ended with a picture of the Greek refugees of the 1920s who, like the current ones, were at that time in the same situation. This clearly conveyed the full meaning of the title of the presentation, “It‘s our turn now”! This was a timely presentation of major interest. As many members have relatives or parents who were refugees from the 1920s “Katastrophy,” this was a very emotional and heartfelt meeting.

Meeting was adjourned as members moved to attend the APA Seniors film screening.

See you all in May in NYC