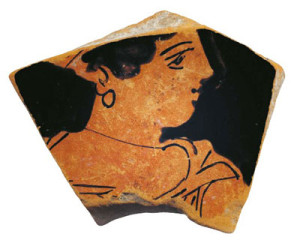 THE FOLLOWING BY-LAW AMENDMENTS were ratified at the FIRST ANNUAL HAPA MEETING – MAY 13TH 2000, CHICAGO, ILLINOIS

1. ARTICLE III, Membership
Delete Section 2b, Corresponding Members. This section is not needed. General/Corresponding members have the same dues. HAPA has no requirement for attendance at HAPA annual meetings.

2. ARTICLE IV, Officers and Executive Council
Amend as follows:
Section 3. Elections and Term of Office: “The following officers shall be elected at the Annual Meetings of HAPA for a three,(3), year term: President, President-Elect, Secretary and treasurer. The President shall serve as a member of the Executive Committee for three (3) additional years upon completion of his or her term of office as President and shall not be eligible for re-election as President-Elect until four (4) years after completing a term as President”

4. ARTICLE V, Committees
Add the following sentence to: Section 4. Committee Membership: ” All HAPA Committees shall have a minimum of three members”

5. ARTICLE VII, Finance
Amend sentence: “HAPA’s books shall be audited annually”. Amended sentence: “The President and/or the Executive Committee can request an audit of HAPA books when such is needed.”

6. Add to the HAPA By-Laws:
Article XII, Dissolution
“In the unlikely event of the dissolution of HAPA, the President shall appoint a liquidation committee.  Such committee will proceed to liquidate all of the physical assets and legal contracts of any and all forms of HAPA in accordance with state and federal laws and procedures.”

The By-Laws were approved at the HAPA Inaugural Meeting in May 1999.

Section 1. Name The name of this organization shall be the HELLENIC AMERICAN PSYCHIATRIC ASSOCIATION, HEREINAFTER REFERRED TO AS “HAPA”.

Section 1. Purpose. HAPA is organized exclusively for educational, scientific and charitable purposes, including, more specifically, in the public interest:

a)      To promote professional affiliation through the continued study and exploration of the Hellenic heritage among Greek or Greek-identified psychiatrists who practice in the USA, Canada, Greece and other countries all over the world.

b)      To promote a close cooperative relationship and professional exchange with other organizations concerned with psychiatric and psychotherapeutic education, research and treatment.

c)      To identify and advocate for the psychiatric and psychotherapeutic needs of Greek communities.

e)      To recognize and publicize, as well as to establish funds and awards for outstanding service, achievement or scientific contributions in the field of psychiatry, psychotherapy and psychoanalysis by Greek or Greek-identified psychiatrists.

f)        To advocate for the special needs of psychiatrists of Greek origin.

g)      To publish journals, newsletters, books or pamphlets, hold property, receive grants and awards, monitor research activities conducted under its auspices and organize courses of instruction in areas of psychiatry and psychotherapy.

Section 2a. General Members. General members are psychiatrists who are APA members practicing in the US and Canada who are APA International members or who are members in good standing of the Hellenic Psychiatric Association.

Section 2d. Life Members. Life Members are members who have been general embers for 15 years and have reached the age of 70.  Benefits of life membership, as well as adjustments of dues and assessments, are determined by the Executive Committee.

Section 2f. Affiliate Members. Affiliate members are non-psychiatric physicians, other mental health professionals who are of Greek origin or Greek identified and live in the USA, Canada or in other countries.

Section 3. Application for Membership. An applicant for membership shall submit an application to HAPA’s Chairperson of the Membership Committee, or other designated HAPA office for report and recommendation.  An applicant whose credentials are in order shall be admitted to the appropriate class of membership.

Section 2. Duties of the Officers. The duties of the named officers shall be those usually associated with each title.

Councilors shall serve for three (3) years, with one (1) Councilor elected each year.

Candidates will be presented to the membership by the Nominating Committee at HAPA’s Semi-Annual preceding the Annual Meeting at which elections will be held.  Nominations, if seconded, can also be received from the floor at the Semi-Annual and Annual Meetings.

|The penultimate and antepenultimate living Past Presidents will be notified of and will be invited to attend all meetings of the Executive Committee.  They shall have floor privileges but not the right to vote.

Section 6. Temporary filling of Vacancies. If the position of President becomes vacant, the President-Elect will succeed to that title and office.

If any other office or Council position becomes vacant, the President, with the consent of the Executive Committee, will designate a member to finish the term.

Section 7. Recall of Officers. Recall of any elected officer may be initiated by a petition signed by thirty (30) members or five (5) percent of the membership, whichever is greater.  A majority vote of members voting by special mail ballot shall effect recall.

Section 1. Standing Committees. The following shall be standing committees of HAPA:

b)      Membership Committee, consisting of a minimum of three (3) members appointed by the Chair in consultation with the President and the Executive Committee.  Members of this committee will serve for three (3) years.  The President will appoint the chairperson.  The Membership Committee will examine credentials of applicants for membership in HAPA and make recommendations thereon.  The committee will also develop methods of recruiting new members and study possible changes in membership status and make recommendations in that regard.

c)      Ethics Committee, consisting of a minimum of three (3) members can be appointed by the chair in consultation with the President and the Executive Committee.  Members of this committee will serve for three(3) years.  The President will appoint the chairperson.  The Ethics Committee will develop guidelines for the ethical concerns of the organization and will consider such questions of ethics that might be brought to its attention by the Executive Committee.

f)       Newsletter Committee, consisting of a minimum of three (3) members appointed by the Chair I consultation with the President and the Executive Committee.  At least one issue of the HAPA Newsletter will be published per year by this committee..

g)      By-Laws Committee, consisting of a minimum of two (2) members.  The President will appoint the Chairperson.  The By-Laws Committee will review By-Laws and draft amendments as directed by the Executive Committee or by vote of the membership at the HAPA annual meeting.

Section 2. Other committees, including additional standing committees and ad hoc committees, may be created by the Executive Committee or by the membership, which, by enabling resolution, will indicate the size, term, mission, mode of establishing membership and authority of such committees.

Section 1. Annual Meeting. HAPA will hold at least one (1) annual meeting with the option of one (1) semi-annual meeting each year, each at a place and time designated by the Executive Committee.  At each meeting, there can be a general membership business session and one (1) or more scientific programs.  The regular election of officers shall take place only at the Annual Meeting.

Section 2. Other Meetings. Other meetings, in addition to the Annual or Semi-Annual meeting may be held at places and times designed by the Executive Committee.

Section 3. Quorum. A quorum, for purposes of conducting general membership business, will consist of fifty (50) members or ten percent (10%) of the membership.

HAPA’s books shall be audited annually.  A certificate of approval by the auditors shall be presented to the membership

Section 2. Proposed Amendments by the Membership. Any member may submit a proposed amendment on written petition signed by at leas thirty-five (35) members or five percent (5%) of the membership, whichever is less.

Section 3. Approval of Amendments. In order to become effective, an amendment must be approved by two-thirds of the membership voting.  A vote on a proposed amendment may be taken with by a mail ballot or, if prior notice has been received by the membership, at an Annual or a Semi-Annual Meeting.

Section 1. Parliamentary Authority. Unless otherwise provided in its Articles of Incorporation or Bylaws, the conduct of meetings of the Executive Committee and of the membership shall be governed by rules promulgated by the Executive Committee or, in the absence of such rules, by the rules contained in Robert’s Rules of Order, Newly Revised, latest edition available.

Section 2. Suspension of Rules. The rules promulgated by the Executive Committee governing the conduct of meetings may be suspended at any meeting by a majority vote of the members present.

Section 1. Effective Date. These Bylaws, as well as future amendments to them, shall be come effective upon adoption by the membership.